As 2017 comes to a close, I looked back to see what readers made the most popular. It was an exciting year. The Arduino family came back together, Adafruit trolled the internet with rumors of a RadioShack buy out, and for me, I changed jobs.

Project wise I got my RetroPie SNES build completed, using an old Super Famicom case. This case is one I bought in Japan for 500 yen (about $5.) This work also led me to discuss voltage divider circuits. And I looked at a couple of scopes.

In case you missed it, here is what you as a reader found interesting over the past year.

The hard part about determining the most popular “new” articles is that the posts from the first of the year are always more popular than those from the last couple of weeks. This year I combined data from Google Analytics and my weekly newsletter to determine the most popular tutorials. While listed in order, starting with the most popular, there is a bit of variability in the list.

Based on page views, one tutorial that was extremely popular,  but unpopular regarding newsletter clicks is the “Subscribing to multiple MQTT topics” tutorial. So we will call it the honorable mention.

For this list, I just look at the page statistics from 2017. The popularity of the Pi and MQTT has me changing up my content calendar. So for those of you focused on IoT projects, I have some stuff coming for you.

While the order on the “all-time” is slightly different, 9 of these 10 tutorials appear. The internal pull-up resistor tutorial isn’t in the overall top 10. Instead, the Arduino multi-digit serial tutorial takes its place. Which is interesting. The pull-up resistor is one of my original tutorials, so something happened this year for it to gain so much popularity. Maybe it was the Chuck Norris on Pull-Up resistors graphic I made?

Each week I send out the Bald Engineer Newsletter (here’s a sample). It’s an opt-in only email list. (I never have and will never manually add email addresses to it.) In the past, I used this letter to talk about my current

Looking at my content calendar for the next couple of months, I have some idea of what will be coming. I’ll be focusing more on test tools for the lab, building (or repairing) CNC machines, and more IoT. Individually, on IoT, I’m working to understand security and adaptability. Security means looking at authenticating to 3rd party services as well as using SSL. While adaptability means sending more than “on” and “off” as payloads.

Also, another thing to watch is AddOhms Live Streams. I have sessions planned where I’ll discuss a topic, unbox something, or just answer questions.

What are you looking forward to starting, finishing or working on in 2018? 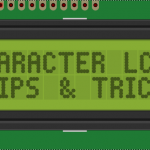