By James Lewis 2016-08-17 9 Mins Read
Whenever someone sends me some code that doesn’t work, there are a few common Arduino programming mistakes that I check. Some of these mistakes I make myself.  In most cases my code will compile just fine. Sometimes, these mistakes won’t generate any compiler error. When my Arduino code is acting up, these are the first things I check. Here are my 5 common Arduino programming mistakes, I use to debug non-working code.

When programming C and C++ a very common mistake is confusing the assignment operator and the comparison operator. While a warning level can be set to inform you, the default level used by the Arduino IDE will ignore this simple if-statement without a warning. See the problem? Instead of using ‘==‘, the code is using ‘=‘. Instead of comparing foo to bar, the compiler will assign the value of bar to foo and return that value. In C zero (0) is false and anything else is true. So unless bar contains the value zero (0), that if-statement will always evaluate true. I’ve written a way to avoid mixing up C’s comparison and assignment operator, but even I still make this mistake to this day.

Once you get bit by this error, it is usually easy to spot. When doing floating point math, don’t let unintended casting to integers cause problems. What would you expect the Serial.println() to output? The answer is “2″. Even though ten divided by four is 2.5, the compiler is only looking at the integers and does integer math. Then it tries to store the result into the float. At that point, though, the decimal never existed. There’re a couple of ways to avoid this issue. First, you could cast the integers into a float, so the compiler knows to treat them as floats instead of integers: Or, as long as one value on the right is a float, the compiler will upgrade (promote?) the other values to a float as well. Adding a decimal to the constant 10 is an easy way turn “10” into a float. What decimal? Why zero (0) of course! I prefer this method. It’s a little cleaner to me when I read it. The decimal value “10.0” is an immediate flag in my mind I want floating point math done.

On Arduino boards, it isn’t necessary to call pinMode on Analog Pins—when used as analog inputs. In fact, I find it confusing since analog pins can function as a digital pin. Wouldn’t it be nice to glance at setup() and identify which pins are analog or digital? I agree, so I add a (seemingly) pointless analogRead to my setup(), like this one. Another important note is that I used the value of “A1” and not a decimal number. The Arduino.h header defines A1 as a constant integer. On 328p-based boards, like the Uno, A1 is assigned the value of 15. Since A1 is a constant integer, you can treat A1 just like the number 15. I strongly advise against trying to be clever and define your analog pins by their decimal value. Stick to the constants for two reasons: One exception is when dealing with loops. The code in analogRead knows if you pass the values of 0 through 5, you don’t mean the digital pins 0 through 5. So analogRead() will use the equivalent of A0 through A5. Keep reading for an example where I use this method.

When you’re new to microcontrollers, you might assume that a pin is LOW (or zero) with nothing connected. However, when there is nothing attached to the pin, it is called a floating pin. This mistake is so common that I have both a written and video tutorial on floating pins. Using a pull-up or pull-down resistor will force the pin to a known state when nothing is connected. Adding external resistors can be a drag, though. (No pun intended.) Which is why using the internal pull-up resistor is so handy. By calling pinMode() with the argument “INPUT_PULLUP”, you will enable the resistor on an individual pin.

Here’s the 2nd trap that catches both new and veteran programmers. Pull-up resistors “invert” the logic of inputs. When nothing is connected, or the input is open, the reading will be “HIGH”. Human logic might expect it to be low or zero. (Silly flawed human logic.) The microcontroller doesn’t care. Bits are bits. The trick I’ll sometimes use is a #define statement. Gasp, I know. But in this case, I find #define suitable. Here are examples when I use a button or switch with my Arduino: I find reading this to be far more logical than checking to see if the enable button is LOW.

There are two aspects of arrays I want to touch on. First is defining and accessing the array elements. The length of an array vs. the number of elements bites everyone at some point. But the mistake I want to cover is using sizeof() with an Arduino array.

When you define an array, you tell the compiler how many elements it contains. For example, to store an Uno’s six analog inputs in an array, you might define something like this: The common Arduino programming mistake is that an array’s index is zero-based. This detail means you start with element 0. If there are six items, like our analogInputReadings[6] example, then you can only access 0, 1, 2, 3, 4 and 5. The compiler will LET you read from analogInputReadings[6], even though you probably don’t want to do that. Why? Well, the way arrays work in C and C++ is that the compiler just does some simple math. It knows the address for the first element and the length of each element. So when you tell it to access element 0, it just accesses the memory location for 0. When you tell the compiler to access element 3, it adds 3 data type lengths to the address at 0. So when you ask to access element 6, guess what it does? More math. The microcontroller will access whatever memory location is six steps away from the zeroth element. When reading data, this isn’t so harmful. You might get some garbage data or unexpected results. The real danger is when you try writing to that location. That memory location may be some other variable or part of another variable. Here’s an example of what this MIGHT look like. This example is arbitrary. The compiler may not cooperate and place the array and variable next to each other in this case. However, let’s assume for a minute it did. Here’s what the output COULD look like Long story short, don’t access array elements that don’t exist!

Whenever I create an array, I create a constant byte variable that has the size of the array. That way when I do operations with for() or while() loops, I can refer to that constant. If iI change the length of the array, I just need to change the constant. However, I see many programmers make an Arduino programming mistake when trying to determine the size of an array within the program. I’ll see something like this: Here’s the problem. sizeof() returns the length of the entire array, NOT the number of elements. For 8-bit AVR-based Arduinos, an int is 2 bytes. So sizeof(someValues) would return 128. Our for()-loop is going to corrupt whatever variables are sitting “behind” it! [shareable]Here’s the problem. sizeof() returns the length of the entire array, NOT the number of elements.[/shareable] So how can you determine the number of elements? Well, sort of like how the compiler handles arrays. If sizeof() returns the number of total bytes, then let’s ask for the size of a single element too. Then it is just a matter of simple division. Now the variable arrarySize will contain the number of elements in the array. You can shortcut this step and do the math in the for() loop’s declaration. I made it a discrete step to, hopefully, make the sizeof() array concept clearer.

There are a few other more minor Arduino programming mistakes I tend to see, but these 5 usually catch a significant number of the logic errors. Leave a comment below; I’m curious what mistakes you make, I mean, you often see other people making.
arduinoClistsProgramming
0 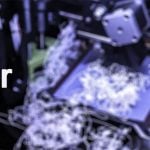 3D Printer Tips I wish I knew 3 years ago