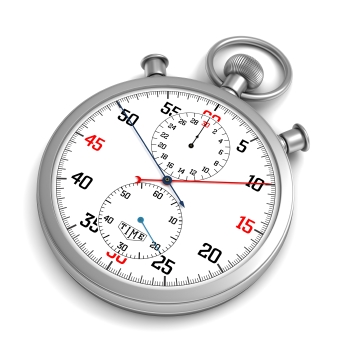 Arduino: How do you reset millis() ?

The quick answer to “How do you reset millis()” is:  You Don’t!  And here’s why:  if you did, it would potentially break most libraries and functions that rely on it.  Generally the reason people want to reset it, is that they are concerned about rollover.  Instead of focusing on resetting millis(), here is how to use it correctly.

Need to brush up on how millis() works?  I’ve got a tutorial on how to effectively multi-task with millis() and another line-by-line tutorial on blink Without delay

Avoiding rollover and checking how much time as passed is done in a single line:

That single line of code is all that is really needed, to avoid rollover!  Pretty simple, huh?  So let’s go into more detail about how this works and what each of those variables does.

What is millis() rollover?

Every millisecond a timer interrupt fires to increment a global variable.  When millis() is called, the value of that variable is returned.  The data type used is an unsigned long which is 4-bytes or 32-bits.  This means the maximum value it can hold is 4,294,967,295.  Convert that many milliseconds into days and you can see the rollover will occur in 49 days.

In HEX the maximum value is 0xFFFFFFFF.  Add one more and it “rolls over” to zero.  Hence the name “millis() rollover.”

Will my Arduino Lock-Up?

How to reset millis() to avoid rollover

When it comes down to it, there’s no reason to reset millis().  In fact, it turns out this seemingly trivial task requires changing quite a few things buried deep inside of the Arduino core functions.  The worst part is if you make those changes you may very well break libraries and other projects!  Instead, all that you need to do is simple subtraction:

That if-statement is a simple way to detect when a predetermined amount of time has passed and it handles rollover! With such a simple statement, why bother with trying to reset millis()?

Here’s an extended example of how to handle millis rollover [pastebin]:

Why does this work?

Long story short, it is what happens when doing math with unsigned variables. Don’t trust that this will work? Okay, consider the following example using an unsigned char data type which is a single byte or 8 bits.

The maximum the data type can hold in HEX is 0xFF which means in DECimal it is 255.  Let’s select an arbitrary value of decimal 47.  This code will use “counter” to simulate millis(). Every 255 counts it will roll over to zero. Every time we count up 47 steps, we will print the message “Trigger Event!”.

When you look at the serial output of that code, make sure you open the serial monitor before it opens itself.  You want to start looking at the top of the output right after “Starting”.  The first time through 255, you’ll see a trigger after 47, as expected.  The second time through 255 it’ll be after 26.  The value of 47 was picked in this example because it won’t always be in the same place in the count.  However, it will always be 47 steps after the previous “Trigger.”  That’s how we know this code is accounting for rollover.

Instead of trying to reset millis(), just use subtraction to handle the millis() time detection and rollover. It is a simple method that won’t involve modifying any code in the Arduino libraries. (This also works with micros() too!)

Also,  if you want to learn more about how to how to use millis to multitask or replace delay(), checkout this tutorial.
arduinoexamplesmillis()multitaskingProgramming
0