While many want to call 2016 the worst year ever, I feel that is an entirely undeserved title. It certainly could have been a better year, but it wasn’t the worst that I can remember. For the engineering community, both professional and hobbyist, it seems to have been a fantastic year. My gauge for this feeling is the activity on baldengineer.com. In 2016, I saw almost half a million sessions contributing over 1.2 million page views. (That’s 98% more people looking at 313% more tutorials compared to 2015.)

Here’s a breakdown of the most visited pages (tutorials) on the site.

The MQTT and Raspberry Pi GUI tutorials have been runaway hits. As a follow-up, I’m working on two more based on their popularity. One is how to subscribe to multiple MQTT topics (in Arduino) and the other is looking at creating a non-QT GUI for Raspberry Pi. The MQTT will be soon. The expanded Raspberry Pi tutorial, later down the road.

This list is similar to the previous list. However, Only #1 and #2 on that list were posts I made in the last year. So here are the Top 5 posts published in 2016.

No surprise here really. I would like to comment that one of my favorite graphics this year was the header image I created for the 5 Common Arduino Programming Mistakes. I thought it looked beautiful and was clever. Just saying.

Here’s some stuff on the site I just want to highlight. No particular reason. Just stuff I like.

Last but not least, don’t forget I also blog frequently on the KEMET Engineering Center Blog.

But these lists leave out some of my favorites from the year! Like when I learned electronics safety while mountain climbing, or how I used a financial modified moving average for PWM current, or the guest post from John Teel and Predictable Designs.

[shareable]Sorry naysayers, but 2016 was a great year! At least for enginerds.[/shareable]

There’s a project I worked on over the holiday break I’ll be sharing in a week or two. My only hint is that it is big, red, and goes “pew pew pew.” I have a pile of stuff I’ve started reviews on but haven’t finished, so you’ll be seeing those soon. As I mentioned before, I have some new MQTT and PI tutorials coming sooner than later. And lastly, I’m working on a new eBook focused entirely on Arduino millis() programming.

Don’t forget I also produce video content on the AddOhms YouTube Channel. Make sure you’re subscribed there because I’m changing the format of the channel, which I hope means time to make more content.

Thank you to everyone who visits the site, subscribes to the newsletter, and sends feedback. I appreciate all of the comments, interactions on social media, and emails I receive (sorry I can’t respond to everyone).

Cheers and here is to another great year!
James 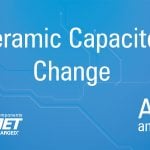