ArcAttack is a band that performs at the Bay Area Maker Fare, among other places. They feature massive signing Telsa coils. (Here’s a video I show when I saw ArcAttack in 2013.) Singing Telsa coils are awesome. Everyone knows that. Which is why I found when Dianna Cowern, the Physics Girl, visited the band ArcAttack, electromagnets are just as cool. In addition to talking about their music, ArcAttack’s Joe does something amazing. He splits an aluminum soda can with just an electromagnet.

There are a few other neat tricks and some slow-motion stuff too. Near the end, he compresses a quarter with the scariest magnet setup I’ve ever seen. This video is definitely worth watching if you like anything related to Tesla coils–or electricity! 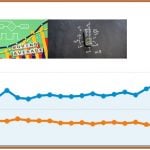