Excited about the announcements, I spent some time with the hackster.io powered Arduino Project Hub and the Arduino IoT.  Here’s my hands-on with Arduino Create. 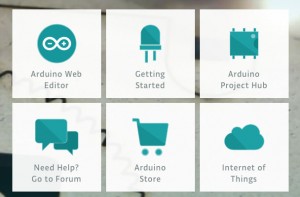 The hackster.io platform powers the Arduino Project Hub. It is a platform for sharing projects and an alternative to running your own blog. It’s a pretty slick interface and works well. I was able to quickly write up a nice looking tutorial on using mosquitto with Arduino IoT [note: this project is pending approval!] in just a few minutes.

If you’re looking for a place to show off your Arduino or Genuino project, check out the Arduino Project Hub.

The Arduino IoT service is a publicly accessible MQTT server. Compared to a service like Adafruit IO, Arduino IoT is very simplistic. Your dashboard is a simple list of registered devices (or things). The API is just MQTT publishing and subscriber. There are no GUI widgets or automation.

Arduino IoT is good if you want a publicly accessible MQTT server, but don’t want to run your own. A huge plus, in my opinion, this is one of the few MQTT solutions that requires SSL.

Since I have already provided an introduction to MQTT and how to make Arduino communicate with Mosquitto, I’ll focus on what makes Arduino IoT different. First, I’ll show how easy it is to connect an Arduino device and then show how to get mosquitto connected to Arduino IoT.

Getting started with Arduino/Genuino Hardware 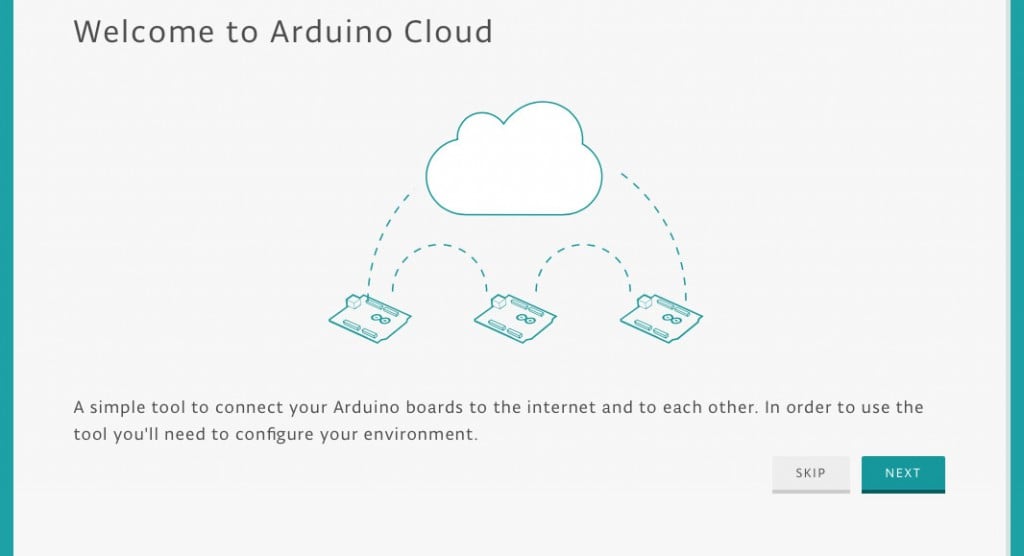 If you’re using a MKR1000 or an Arduino connected to the WiFi 101 Shield, getting started with Arduino IoT is awesomely simple. Just follow the “new thing” wizard. You end up with code that can be pasted directly into an Arduino code window. 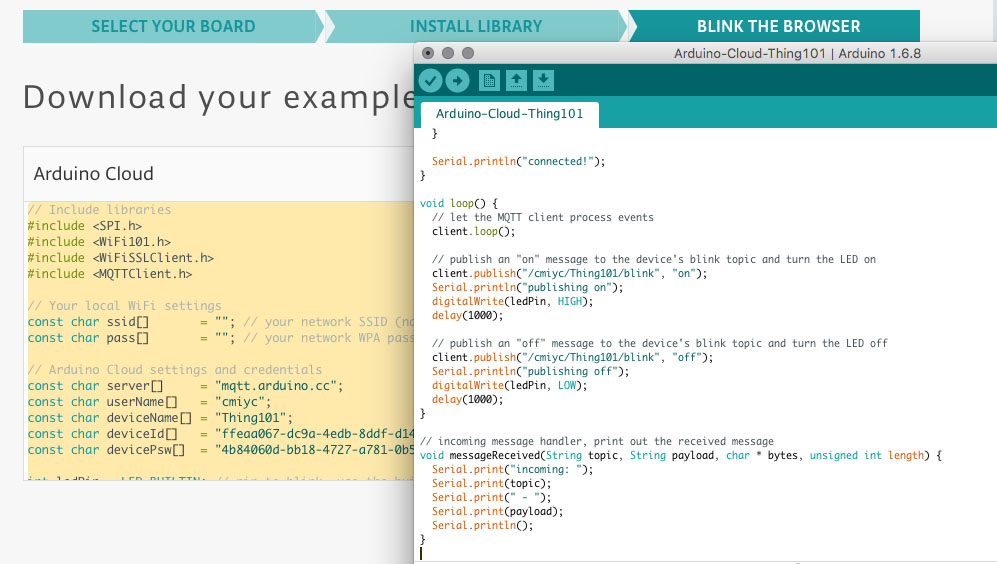 The code is only missing your WiFi name and password. Add those details, compile, and upload. Once uploaded, open a serial monitor and you’ll see the debug message saying that it is publishing the message “on” and then the message “off.”

Upload error due to burned out flash.

There was one issue I ran into with my code upload. The compiled code is over 28k in size. My upload would make it most of the way through, but fail. My theory is I’ve uploaded a couple of thousand times to this board. I may have a failed FLASH cell that only gets accessed with large code blocks. I swapped the ATmega328p out with a new chip, and the upload worked fine.

Subscribing to Arduino IoT with mosquitto_sub (and SSL)

Since Arduino IoT doesn’t have widgets (yet?) or logs, I needed a MQTT client to subscribe to my thing’s feed. At this point, I was out of WiFi shields. So I decided to use mosquitto’s mosquitto_pub as the client. If you aren’t familiar with the open source tool mosquitto, check out my connecting Arduino and Raspberry Pi with mosquitto tutorial.

For more information on this process, visit my Arduino Projects Hub project named, “Connecting to Arduino Cloud with mosquitto.”

In my previous MQTT tutorial, I didn’t cover Usernames, Passwords, or authentication. All of these extra parameters are needed for mosquitto_pub to work properly with Arduino IoT. So you’ll need four pieces of information from your Arduino Cloud Dashboard. 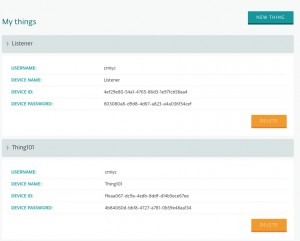 In addition to the GoDaddy Certificate Authority file mentioned in the previous section, “gdroot-g2.crt”, you’re ready to subscribe to your Thing’s feed. In my case, I kept the default feed name of “blink”, my device’s name is “Thing101”, and my Arduino IoT username is “cmiyc”. These parameters make the MQTT feed I want to be subscribed to be called:

Here’s the command I called to make mosquitto connect. (Don’t use these numbers obviously, they no longer exist!)

Once connected, I could see my Uno+WiFi 101 publishing “on” and “off”! 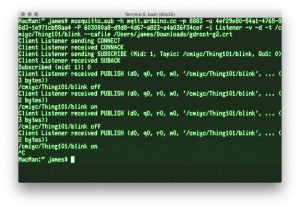 One feed per device

An important aspect of the Arduino IoT MQTT server is that only one device can publish to a specific feed. However, multiple devices may subscribe to a single feed. If you have two sensors, they each get defined as a device (or thing) in your Arduino IoT dashboard. They can only publish to their respective feeds.

This “feature” means you need at least two devices defined in your IoT dashboard to pass messages. As you can see in my dashboard, I made one called the apt name, “Listener.”

If you don’t want to or can’t run your own MQTT server—and you want one that is public— then the Arduino IoT will be a great option for you.

Even with a few rough spots around the edges, the platform has the polish you’d expect from the Arduino team.

Arduino Create is an exciting addition to the Arduino Platform. Personally, I am excited to see #TeamArduinoCC push forward with an expanded definition of what defines Arduino and Genuino.

Categories: Blog, Hands-On, IoT, Reviews
Disclosure of Material Connection: Some of the links in the post above are “affiliate links.” This means if you click on the link and purchase the item, I will receive an affiliate commission. Regardless, I only recommend products or services I use personally and believe will add value to my readers. I am disclosing this in accordance with the Federal Trade Commission’s 16 CFR, Part 255: “Guides Concerning the Use of Endorsements and Testimonials in Advertising.”

4 thoughts on “Hands-on with Arduino Create and Arduino IoT”