A friendly reminder video to everyone asking for help in a programming forum.

Lately I’ve been looking for ways to expand on the content in the AddOhms YouTube channel.  One of the thoughts I had were taking some of the hard engineering lessons and turning them into a “Public Service Announcement”.  You know, like those short films that would run on TV after school or NBC’s famous “The More You Know.”   Not something so dry, but something at least a little entertaining.

Several months ago on the Arduino Forum, one of the members posted a poem titled “Post Your Code.”  Later, another member composed some audio and sang it like the Beatles “Let It Be.”  Grumpy_Mike (his web site is here) did the audio portion and asked if anyone could make it into a karaoke style bouncing ball.  That got me thinking, and I decided to do some animation along with the words.

Overall a total team effort from wildbill, to Grumpy_Mike, to my self, and even the countless members who help those in need. 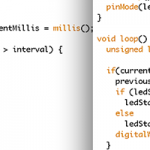 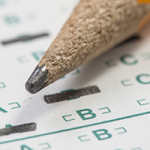 Are you an engineer?