Are you an engineer?

One of the recent changes in pop-culture is that “nerds are cool.”  Most people who claim to be a nerd like to wear 1950s (non-corrective) glasses and download Apps on their iPhone.  Some go farther and say they’re engineers.  Here’s how you can sort out the posers.

The original author for this test is unknown.  A quick Google search comes up with a number of duplicates, but no one claiming to be the author.  So, republished with my own comments (and slight edits) is, the “Engineer Identification Test.”

You walk into a room and notice that a picture is hanging crooked.

(Highlight for the correction answer)
The correct answer is “C” but partial credit can be given to anybody who writes “It depends” in the margin of the test or simply blames the whole stupid thing on “Marketing.”
(…)

In contrast to “normal” people, engineers have rational objectives for social interactions:

To the engineer, all matter in the universe can be placed into one of two categories:  (1)things that need to be fixed, and (2)things that will need to be fixed after you’ve had a few minutes to play with them. Engineers like to solve problems. If there are no problems handily available, they will create their own problems. Normal people don’t understand this concept; they believe that if it ain’t broke, don’t fix it. Engineers believe that if it ain’t broke, it doesn’t have enough features yet.

No engineer looks at a television remote control without wondering what it would take to turn it into a stun gun. No engineer can take a shower without wondering if some sort of Teflon coating would make showering unnecessary. To the engineer, the world is a toy box full of sub-optimized and feature-poor toys.

Clothes are the lowest priority for an engineer, assuming the basic thresholds for temperature and decency have been satisfied. If no appendages are freezing or sticking together, and if no genitalia or mammary glands are swinging around in plain view, then the objective of clothing has been met. Anything else is a waste.

Engineers love all of the “Star Trek” television shows and movies [baldengineer note:  except Voyager.  Nobody likes Voyager].   It’s a small wonder, since the engineers on the starship Enterprise are portrayed as heroes, occasionally even having sex with aliens. This is much more glamorous than the real life of an engineer, which consists of hiding from the universe and having sex without the participation of other life forms.

Dating is never easy for engineers. A normal person will employ various indirect and duplicitous methods to create a false impression of attractiveness. Engineers are incapable of placing appearance above function.

Fortunately, engineers have an ace in the hole. They are widely recognized as superior marriage material: intelligent, dependable, employed, honest, and handy around the house.  While it’s true that many normal people would prefer not to date an engineer, most normal people harbor an intense desire to mate with them, thus producing engineer-like children who will have high-paying jobs long before losing their virginity.  [baldengineer note:  We tell ourselves this after dates, not before.]

Female engineers become irresistible at the age of consent and remain that way until about thirty minutes after their clinical death. Longer if it’s a warm day.

Engineers are always honest in matters of technology and human relationships. That’s why it’s a good idea to keep engineers away from customers, romantic interests, and other people who can’t handle the truth [baldengineer note:  e.g. your manager].

Engineers sometimes bend the truth to avoid work. They say things that sound like lies but technically are not because nobody could be expected to believe them. The complete list of engineer lies is listed below.

Engineers are notoriously frugal. This is not because of cheapness or mean spirit; it is simply because every spending situation is simply a problem in optimization, that is, “How can I escape this situation while retaining the greatest amount of cash?”  [baldengineer note:  Engineers recognize the fundamental problems of a digital economy and prefer cash, despite a total hatred of paper.]

If there is one trait that best defines an engineer it is the ability to concentrate on one subject to the complete exclusion of everything else in the environment. This sometimes causes engineers to be pronounced dead prematurely. Some funeral homes in high-tech areas have started checking resumes before processing the bodies. Anybody with a degree in electrical engineering or experience in computer programming is propped up in the lounge for a few days just to see if he or she snaps out of it.

Engineers hate risk. They try to eliminate it whenever they can. This is understandable, given that when an engineer makes one little mistake, the media will treat it like it’s a big deal or something.

EXAMPLES OF BAD PRESS FOR ENGINEERS

The risk/reward calculation for engineers looks something like this:

RISK: Public humiliation and the death of thousands of innocent people.
REWARD: A certificate of appreciation in a handsome plastic frame.
Being practical people, engineers evaluate this balance of risks and rewards and decide that risk is not a good thing. The best way to avoid risk is by advising that any activity is technically impossible for reasons that are far too complicated to explain.

If that approach is not sufficient to halt a project, then the engineer will fall back to a second line of defense: “It’s technically possible but it will cost too much.”

The fastest way to get an engineer to solve a problem is to declare that the problem is unsolvable. No engineer can walk away from an unsolvable problem until it’s solved. No illness or distraction is sufficient to get the engineer off the case. These types of challenges quickly become personal — a battle between the engineer and the laws of nature.

Engineers will go without food and hygiene for days to solve a problem. (Other times just because they forgot.) And when they succeed in solving the problem they will experience an ego rush that is better than sex–and I’m including the kind of sex where other people are involved.

Nothing is more threatening to the engineer than the suggestion that somebody has more technical skill. Normal people sometimes use that knowledge as a lever to extract more work from the engineer. When an engineer says that something can’t be done (a code phrase that means it’s not fun to do), some clever normal people have learned to glance at the engineer with a look of compassion and pity and say something along these lines: “I’ll ask Bob to figure it out. He knows how to solve difficult technical problems.”

At that point it is a good idea for the normal person to not stand between the engineer and the problem. The engineer will set upon the problem like a starved Chihuahua on a pork chop.

What have you found that helps to immediately identify an Engineer?
engineers
0 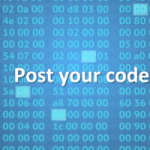 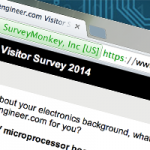