Most of the major electronic blogs have covered the controversy between Arduino LLC and Arduino SRL. My first deep look into it was from Hackaday’s Arduino v. Arduino. Since it has been covered so well by others, I won’t re-hash the already known facts.

If you want to join in giving feedback to these companies, please tag your posts, tweets, and content with “#OneArduino“.

What I do offer is my open letter to both Arduino companies with a request they find an end to this battle.

Hello.  My name is James. I am a Maker and active member of the Arduino community.

This is an open letter to the teams at Arduino LLC and Arduino SRL. Though my focus is clearly one of you.

Over the past few months, news related to these two companies and Arduino began to come to light.  Because talking about Arduino is now controversially, I ask that I may read from a script because I would like to say precisely what I mean.

As a community are unable to judge the real situation. I, nor the community know precisely what has been said or done between the two Arduino companies. Comments about being the real Arduino team seem selfish and completely oblivious of the community that helped build what Arduino is today. The success of this platform has not been because of any one member of the original team, or the efforts of a manufacturer.

The success is only because of the community which many participate in. You have both harmed the community.  Both parties fighting as such may have begun to ruin the name Arduino.

There are procedures and regulations to be followed to protect a trademark.  This we understand. Whatever happens, the relationship between your brand and the community will forever be tarnished.

Trying to register a new web site, claim to be the first, and playing corporate trademark games isn’t innovation. It is greed. What use to be a community of building and excitement is now becoming a battleground for lawyers.

It seems to me that this is a subject that no longer needs to be argued, however, it will be done so endlessly.

As a member of the Arduino community, this engineer is asking for it to stop. For this battle brings us no heroes. Nor no winners. There is only harm. 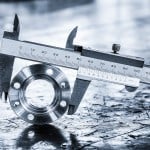 Don’t be afraid of learning a new tool