You are probably familiar with Neil deGrasse Tyson. He is as brilliant as he is entertaining. That fact is why I was so excited when I saw his name pop-up on my queue for the Nerdist Podcast.

In the past, I suggested some electrical engineering podcasts. The Nerdist isn’t like those. Hosted by Chris Hardwick, each episode includes an interview. As the podcast’s name suggests, most of the guests have some roots in today’s nerd or geek culture. So while not an engineering podcast, there may be the occasional guest that interest you.

(I paraphrased these quotes.)

Tyson’s comments on Newton interested enough to learn more about the famous physicist. Anyway, I enjoyed the episode. You can download and listen to Neil deGrasse Tyson on the Nerdist Podcast, here. 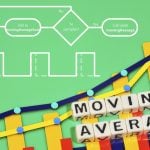