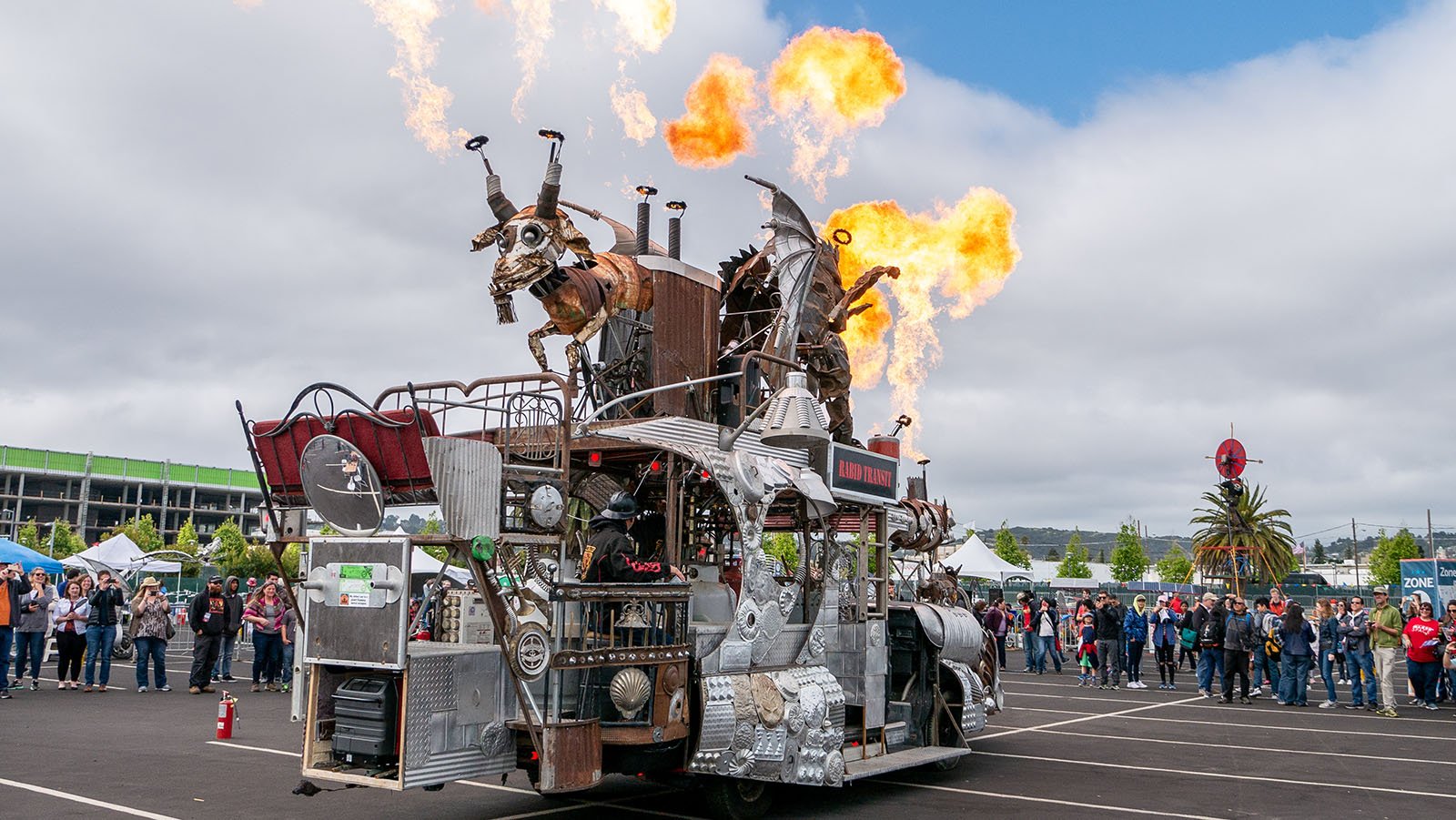 With all of the excitement around the Arduino MKR Vidor 4000 FPGA board, it would easy to say that was it for FPGAs at the show. That is not the case. For the last couple of months, I have been re-learning VHDL. I haven’t written it since college. A couple of weeks ago I caught wind of open source FPGA boards called TinyFPGA.

These boards are a maker-friendly version of Lattice FPGAs. There are the AX and BX series. I bought one of the AX which is a smaller device with only 256 logic elements. However, with the additional JTAG programmer, it was about $20 in total. I have not compared it yet, but it looks like the board is similar in form factor to PJRC’s Teensy boards.

The BX series are larger FPGAs with onboard JTAG programmer, so they only require a USB connection. Project IceStorm is an open source toolchain that supports the Lattice’s iCE40 FPGAs on these boards.

If you are not interested in using Verilog or VHDL, the Vidor isn’t your only GUI-based option. In fact, you do not have to wait; you can try out IceStudio today. It is a GUI built on top of IceStorm!

In the Learning Zone, there were many kid-based activities and projects. I happened to walk by the presentation area when these two young makers were talking about their concussion sensor. It attaches to a helmet to detect a substantial enough blow that might have caused a concussion. It is Arduino-based. They received help from SeeedStudio, TechShop, and others.

I usually am not impressed by the mere fact that children are working with this kind of technology. Each generation gets access to more information and more technology sooner than the previous generation. What impressed me, was how they presented their project and explained the concepts clearly. While it is fantastic that they built this cool device, it was their clear explanation that caught my attention and admiration.

Unfortunately, I forgot to capture their names 🙁

A Bay Area Maker Faire staple is the R2 Builders Group’s display. They bring out their homebrew R2 and other Astrotech droids. You’ll see some R2 units driving around the show. In this picture, you can see the internals of one of their BB8s.

It amazes me how much work goes into not only the electronics but the mechanics for the droids. They’ve done some a fantastic job at giving them an aged and weathered look. If you did not know any better, you could easily assume these came from the prop department at Disney. Well, except for one aspect.

Years ago I saw Grant Imhara talk about the R2s he worked on for the prequels. He made the point that the movie props were “dumb” versions. They could, at best, only do one action for their scene. While the homebrew R2s almost always have multiple functions built in and, in some cases, can drive themselves. So in a way, homebrew R2s are more R2-like than the actual R2 props.

Digital fabrication is creating objects using computers and robots (aka CNC.) In an above section, I mentioned 3D-printing, laser cutters, and CNC mills. A form of CNC mill replaces the spinning bit with water. They are known as water jets. High-pressure water makes it possible to cut metal and stone with a surprising amount of precision.

ProtoMax is a new personal waterjet from Omax. Before clearing out space in your garage, you should know that while it is intended for “personal” use, it does start at about $20,000. For a waterjet, that is a reasonable price, but I imagine not in the budget for a hobbyist.  If you are in the market for something more powerful than a CNC, definitely worth a look. If you have never seen a waterjet operate, do yourself a favor and find these company at a show.

IBM had a 5-qubit quantum computer, called the Q, on display. There was also a talk given that talks about how quantum computers work as well as how makers are using them. You can access a cloud-based quantum computer for testing and research purposes. One of the questions I liked was how to verify the operation of a quantum calcuation. The answer given was that for a small number of qubits, it is possible to simulate the result for verification.

The process reminds me of early digital computers. While they could calculate much faster than humans, there was a period where verification happened after calculation. It took a long time to build confidence that we understood the results. The same is happening in quantum computing.

Learn about IBM’s Q at ibm.biz/ibm-q-experience.

When you talk to someone who is passionate about their product, it shows. For example, Ted Tagami’s excitement for Magnitude.io and the work his company was apparent. I enjoyed learning how they are enabling students, like middle school or high school, to run experiments in SPACE! They had two on display.

The Cansat is an Arduino-based GPS datalogger designed for attachment to a high altitude balloon. The demo at the show was using barometric pressure to measure the height of the balloon. The other project, ExoLab, on display allows for organic experiments. For example, the plan is to get some plants up into the international space station, germinate seeds, and then bring them back. This kit and those seeds will allow students an opportunity to compare the growth of terrestrial born seeds to space born seeds. How cool is that?

Check out the amazing work they are doing at Magnitude.io.

Finally, I want to retell a story I overheard near the “Learn to Solder” tent. First, let me say, it is inspiring that there was a line here for the entire weekend.

Soldering is a skill that I know some people are scared to learn, but can be useful in so many ways.  Not just electronics. Do not believe me? Okay, here is the conversation I overheard.

I loved it. Just a matter of fact statement and then they were off to the next thing.

Obviously, the Bay Area Maker Faire 2018 happens in the Bay Area. If you did not know, Maker Faire happens all over the world! Many areas will hold a Mini-Maker Faire event. While not as grand as one of the major city events, they are still worth attending. So check the Maker Faire calendar to know when there is one happening near you.

Creating an AddOhms Animations – Behind The Scenes