Using a learning algorithm known as NEAT, this Super Mario World play through is an example of a machine learning how to beat the level on its own. Using an evolutionary process, a neural network was built–or learned–to complete the level. The name of the program used to control Mario is called… Mar-I/O.

The initial play through is fascinating as well as the breakdown of what is going on. Well worth the 5 minutes.

[Update… Ryan in the comments provided this MarI/O version modified to factor in score.]

Control a Rigol Scope with Linux 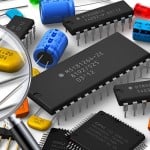 How to find parts for your electronics projects and designs