The most well-known Olympic-Class ship is the famous Titanic. While known for his maiden voyage’s epic fail, the Olympic-class ships were amazing feats of engineering. Bill Hammock breaks down the engineering and construction of the RMS Olympic, the first of the class.

Hammock is one of the Author’s of Eight Amazing Engineering Stories, which I already reviewed here. He gives his usual excellent treatment on a subject. I included his Podcast/Video series on my 5 Electrical Engineering Podcasts you should subscribe.

I’m always amazed to learn more about these grand ships and his video doesn’t disappoint. The information comes from his university’s library, which now houses the 1909 to 1911 edition of the London-based journal, The Engineer. 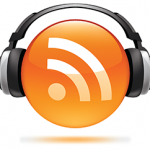