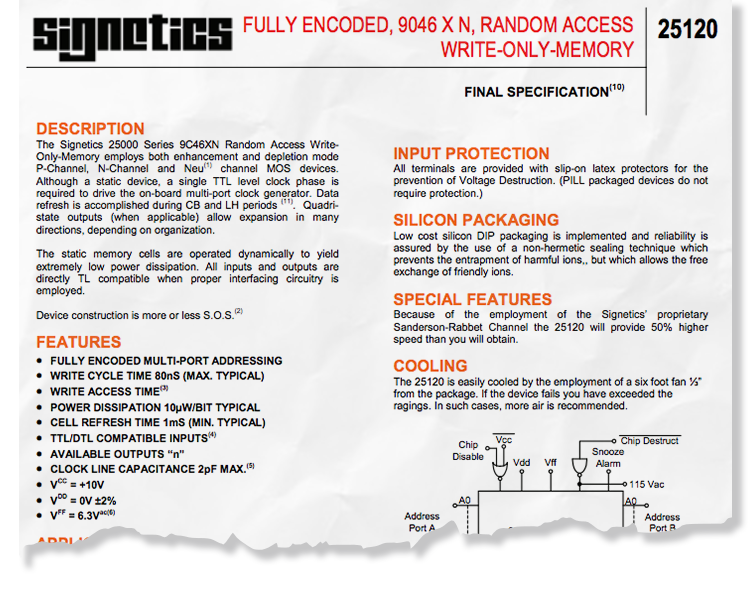 Signetics started as an IC manufacturer. In 1975 they were bought by Philips Semiconductors, which is now NXP. Interestingly the address in the datasheet, I think, was the original site. Today, it’s home to a Lowe’s Home Improvement Store. According to this Wikipedia article, it was created by John “Jack” Curtis. Apparently, it was included in a real Signetics catalog as a joke! Imagine that happening today. Additional information about the joke is available on sigwom.com. (Which may be written by Jack himself, not entirely sure.) 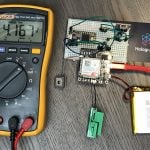