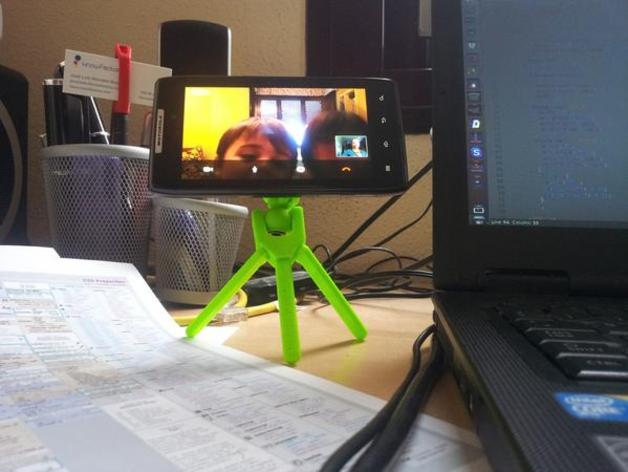 Making a 3D print with the MakerBot Replicator

Recently TechShop opened up one of their shops in Round Rock which is just a few minutes from Austin, where I live.  TechShop is an awesome membership based workshop with a huge variety of tools useful for making things.  On this holiday Friday I decided to spend some time with the MakerBot Replicator.

For some time I have been looking at a mini-tripod for my camera/iPhone so I could get pictures of projects while working on them.  While browsing Thingiverse, I came across design files for such a thing.

Since this was my first time using ReplicatorG and the first time I made a 3D print, I decided not to make any modifications.  As it turned out I used the latest version of ReplicatorG (0040) which appears to have a bug.  When I extruded using the Replicator’s left extruder  the MakerBot started off the platform (as if it was using the coordinates for the right extruder).  After down-reving to 0037, things worked fine.

It also appears my Patroit-branded 2GB memory card is not compatible with the MakerBot’s reader.  Bummer.

During the safety and basic use class we spent quite a bit of time on how to level the build platform.  It seemed like a simple enough procedure, so I didn’t fully understand why we spent so much time on it.  The first two pieces of the tripod I printed had a bit of a mess on the first layers above the raft.  After going through the leveling procedure a 2nd time, parts came out much (much) cleaner.

This particular design took 6 prints of 5 pieces to be completed.  The total print time was around an hour to an hour and a half.  In order to attach to a camera a screw is necessary.  On the Thingivere project page, at least one individual has tried printing their own screw.  My TechShop is partnered with a Lowe’s, so i went for the pre-made screws.

Overall the tripod doesn’t really withstand much weight.  However, I think it will work for the couple of times went I want to use my camera to shoot some video or get a clear macro shot of a project. 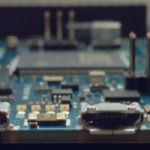 First impressions of the Arduino Due