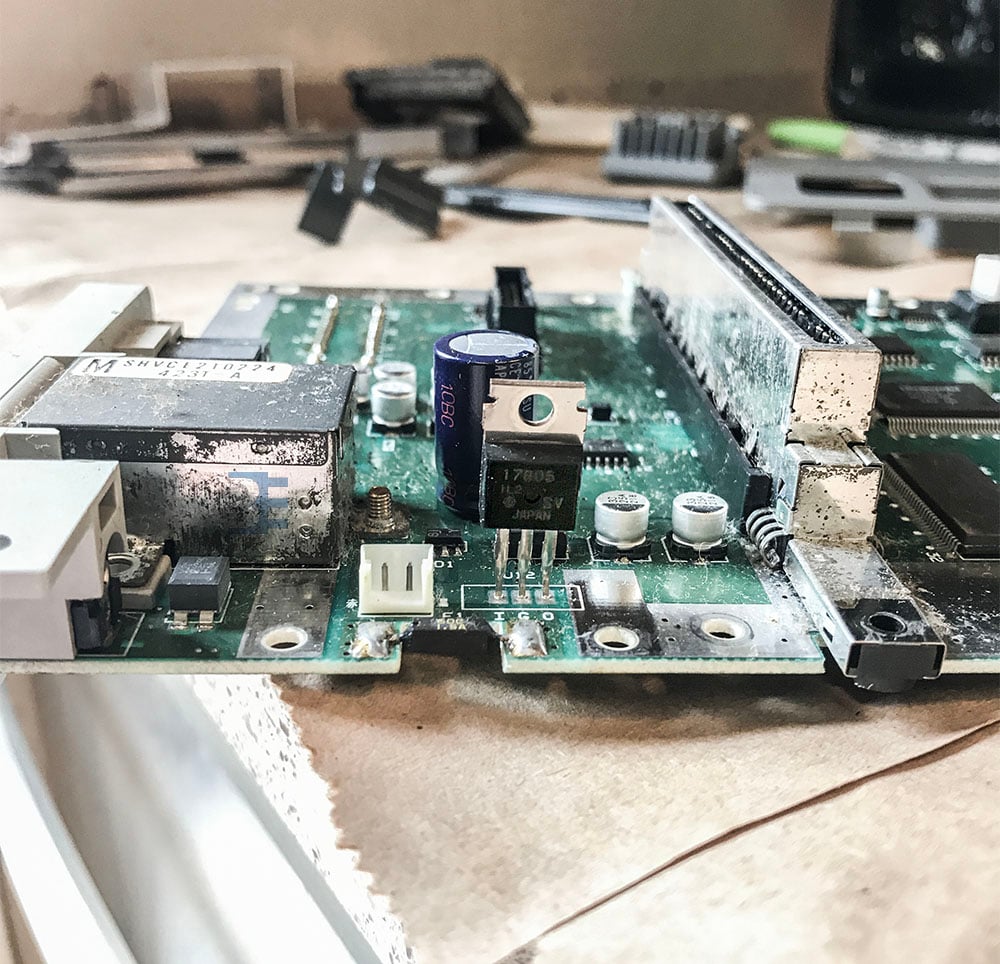 When I made the AddOhms Tutorial on Linear Regulators, I made a comment about the 7805. I said it may be one of the most important Integrated Circuits (ICs) ever made. That’s a bold statement. The 555, 805,  or 7400 might all qualify for such a distinction. My feeling about the 7805’s importance is because it is a chip that is still popular today. It is used, or at least was used, in so many applications. And it is the heart of many 5V digital systems.

Including the Nintendo Super Famicom (and I assume the US SuperNES).

This picture is from an SFC I disassembled to repurpose the case. While taking it apart, the 7805 caught my attention because it was attached to a shield as a heat sink. Also, I find it fascinating that it is one of 3 or 4 through-hole components on the entire system. As you can see from the picture, it needs some cleaning. I might post more pictures later.