Flag variables are great, and totally not evil, when you just have two states: ON or OFF. What about when you have multiple states? Is there an option better than creating multiple flag variables?

The C-language has a declaration type just for this purpose. It is called an enumeration, or enum.

Setting up a state machine with enum is a surprisingly simple. Arduino and embedded programmers should use them!

All you need to do is create descriptive tag names, and let the compiler assign them an integer value. Unlike a #define which is just a macro replacement, the compiler treats an enum as your personal variable type.

This behavior comes in handy when you’re creating states for a state machine. I show how to create a simple state machine with enum, to blink an LED with millis(), in this post.
END_OF_DOCUMENT_TOKEN_TO_BE_REPLACED 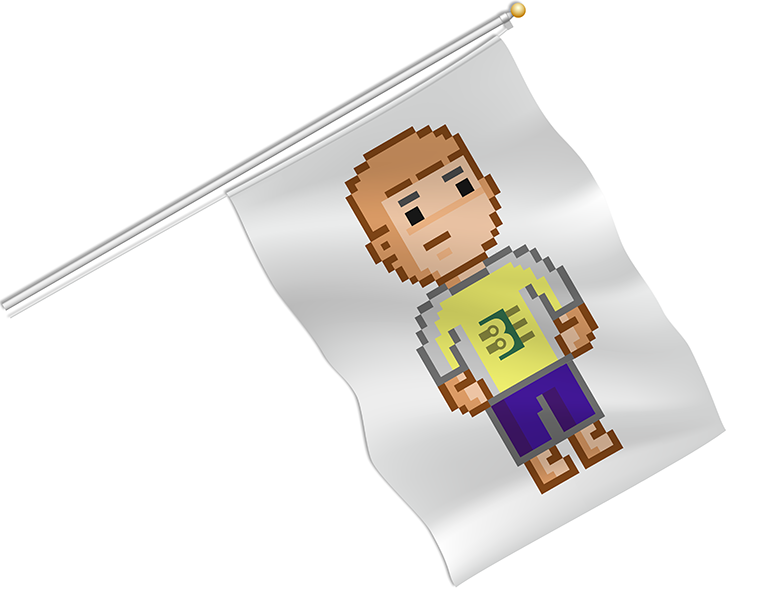 Getting programming questions answered on the internet can be problematic. Programmers love to have opinions, stick to those ideas, and express them to you even when their opinion has nothing to do with your question(s).

Not only am I going to explain how to use flag variables in your code, I am going to encourage their use—which most programmers avoid.

However, this advice comes with two caveats.

The following flag variable usage examples are Arduino-centric but apply to any microcontroller platform, including the Energia project for TI Launchpads. END_OF_DOCUMENT_TOKEN_TO_BE_REPLACED

One of the limitations of the delay() function is that nothing else can really be done. This presents a problem when you want to flash a LED while waiting for a pushbutton to be pressed.

Flashing the LED with millis() and using a flag variable to find if the LED should be flashing solves this problem.

Consider this another example to my virtual millis() cookbook.

This code (below) should work with both Arduino (AVR) and Energia (supported boards), but to be honest, I haven’t had a chance to test it on my MSP430 yet. END_OF_DOCUMENT_TOKEN_TO_BE_REPLACED

When learning to use an Arduino, you have two things to learn: programming and hardware. In the past, I’ve taught some classes on how to program the Arduino. These are the slides I used to explain what the Arduino “Language” is, basic debugging concepts, how to use variables, and basic structures.

The Arduino Library provides functions like shiftOut() and digitalWrite().  These functions are simple and effective, but they are slow. Of course, they’re doing a lot more than just toggling bits. Faster isn’t always necessary and can sometimes lead to more difficult debugging.  And as Donald Knuth said,

…premature optimization is the root of all evil.

So what happens, when you do need to optimize? For example, if shiftOut() is too slow for your project, what do you do?  In Ralph’s post, Fastest AVR software SPI in the West, he breaks down different SPI code implementations into their assembly code.

To make the best optimization, you need to change compiler flags. So this is, in my opinion, an interesting case study in what kind of performance benefit you can get when you do some serious optimization.

Of course, you really shouldn’t, unless you need it…

Check out his post: Fastest AVR software SPI in the West

Knuth quote from his paper “StructuredProgrammingWithGoToStatements.”