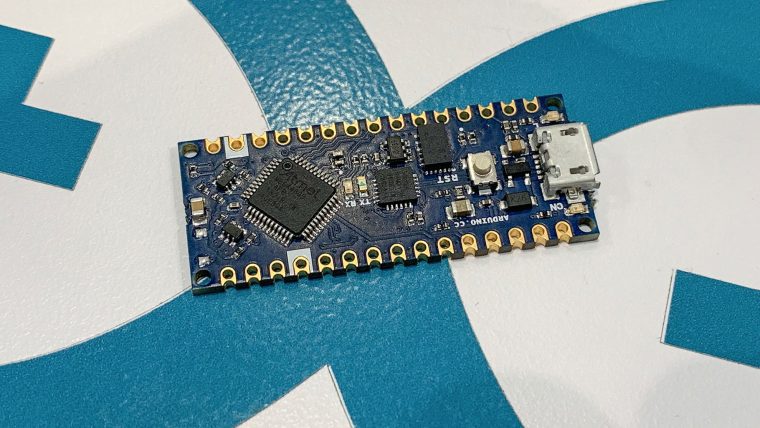 I had the chance to spend some time with the Arduino team before and during Maker Faire Bay Area 2019. I also attended Massimo’s “State of Arduino” talk. In short, there are new Arduino Nano boards coming, a certification available today, updates on the Vidor, interesting education kits, and one more special announcement.

It rained most of the weekend, which I am sure caused attendance to take a hit. Normally this would not be a big deal, but there was some talk it may be the last year for the Bay Area’s show. As usual, I walked the show on Friday and did take note there were several new exhibitors throughout. For that reason, I hope it is not the last one.

Depsite the grim news, spirits from attendees were high. On Saturday I helped answer questions and give out t-shirts at the Arduino booth. The time flew by fast but not before I got to overhear and explain tidbits about this year’s Arduino announcements.

My favorite announcement, hands down, is the new Arduino Nano boards. The boards are a new small form factor featuring castellated edges. A “castellated edge” means you can solder the entire module to a PCB. It is a cost-effective way for adding a complex microcontroller solution to small and medium run products. You might be familiar with the concept from the ESP, WiFi, or Bluetooth modules.

The board form factor is really the only thing these new Arduino Nano boards have in common. Each offers a slightly different feature set. Oh, and the price for each is shocking for an Arduino branded board. 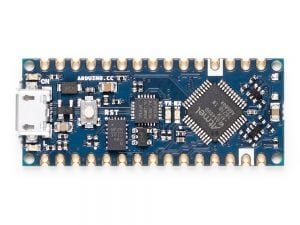 END_OF_DOCUMENT_TOKEN_TO_BE_REPLACED

In April 2019, hardware hackers, hobbyist, and engineers joined together for the first KiCon. A couple of people asked me, “why is there a conference for KiCad?” Some questioned if KiCad was significant enough software to warrant a conference. That question is valid. But KiCon is larger than the KiCad software. Even in its first iteration, KiCon evolved more into a meeting for people building electronics hardware from small scale hobbyist to professionally designed systems, than just a conference on a single piece of software. Some might call it a maker conference. I call it a hardware developer conference. The key that tied everyone together is the open source software behind our printed circuit boards.

Twenty-five different talks covered basic KiCad usage, automating tasks, PCB layout techniques, and projects designed in KiCad. Wayne Stambaugh ended the first day with a State-of-KiCad discussion. He introduced the feature list for KiCad 6. Additionally, he announced four new lead developers and that he would be working on KiCad full time. That news means it is likely KiCad 6 will be here faster than the usual two-year release cycle.

In addition to the talks, there were several workshops and panel discussions. The workshops included a getting started with KiCad lead by Shawn Hymel [link]. That one was cool to keep an eye on because people were designing their first PCB, milling it, and then soldering parts to make the boards blink. In another workshop, Anool Mahidharia provided a hands-on guided introduction to FreeCAD. It is a parametric mechnical cad tool. The panels featuerd PCB manufactureres, workflow discussions, and the KiCad development team.

Outside of the planned classes and activities, I finally shook hands with friends whom I only knew through social media. Even though we are all electronics enthusiast or professional engineers, it is rare we end up at the same place at the same time. See what I mean about KiCad connecting liked minded people together?

With so much going on, I realized I couldn’t cover everything. Instead, this post’s focus is the tidbits I learned at the conference and stuck with me after a little bit of time passed. Here are the six things I learned at KiCon 2019.