Go back to 1975. The idea of a computer at home was something that only happened in Science Fiction books. When the Altair 8800 was introduced, not only could you have a computer at home–you could build it yourself!

For some “computer” is a bit liberal. Based on the Intel 8080, the “computer” supported some toggle switches and LEDs on the front panel.  As Gates explains in this video, there wasn’t even any kind of interactive terminal.

Check this MAKE article on the history of the Altair 8800. 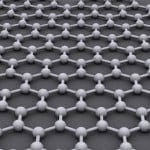